Community lights up Aase Haugen for the holidays 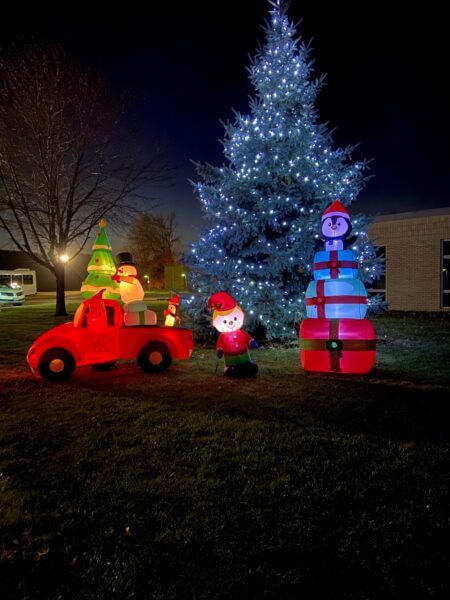 Early in December, Aase Haugen reached out their member churches and the community at large asking for donations to decorate the nursing home. “In a typical year, the residents would be going out on coach rides to see the holiday lights, but COVID19 changed their plans,” says Aase Haugen Administrator, Orson Bauder. “We wanted to bring our residents hope and light. So instead of our residents going to see the lights we wanted to bring the lights to our residents. Our hope is that with the vaccine around the corner maybe there is a light at the end of this tunnel we have been in the last nine months.” says Bauder.

Community support reached over $5,000, which provided indoor displays in common areas, outdoor lights, electrical cords, wreaths, inflatable holiday displays, and more. Every area around the building is decorated, plus there’s money to pay for the extra power. “Each resident can enjoy decorations from their window, and we’ll have all the displays for coming years too,” says Bauder. “Staff created themes and worked with our community volunteers to install the lights and bring it all to life,” says Bauder. “Our maintenance department deserves a hearty thank you, too, as they strung the power, strung the lights and keep it all looking tidy.” The community is invited to drive around the building any evening through Epiphany. “It’s been a strange and lonesome year for many, but we are grateful for the dedication of our staff and support from our community, now more than ever,” says Bauder.